Get Freetype to speech &text to speech whiteboard video software (ttsSketch Maker V1.0). This whiteboard Video Creator software help you to create a video from sketch that includes high-quality voices (male and female voices included in the software). This software will allow anyone to create high-quality whiteboard/sketch videos in minutes.

WHAT LANGUAGES/VOICES ARE INCLUDED IN THE SOFTWARE? (25 VOICES):

With TTS Sketch Maker video creator you can save time and money by creating text to speech videos yourself so you can avoid paying someone to create your videos or spending money on voice-overs. 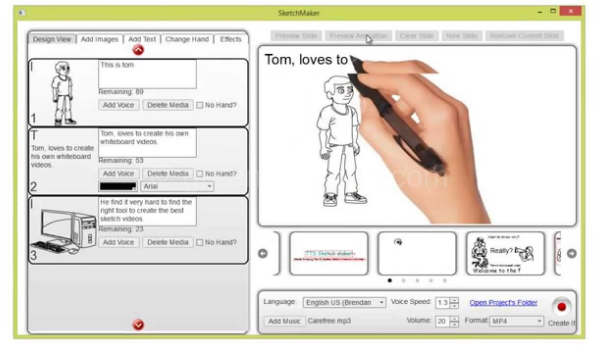